Russia in the Perfect Storm

According to Vladimir Mau, the Rector of the Russian Presidential Academy of National Economy and Public Administration (RANEPA), Russia has walked into a ‘perfect storm’ that has formed out of several crises – a global crisis, which started in 2008 and is similar to the crises of the 1930s and 1970s; a cyclical crisis (we are now at the lowest point of the investment cycle); and a negative external backdrop characterized by low oil prices and economic sanctions. Parallels can also be draw with the crisis of the Soviet economy in the mid-1980s, when economic growth slowed amid falling oil prices and similar sanctions, such as the campaign against alcohol which dealt a blow to budget revenues.

In the current situation, Professor Mau has identified several economic priorities. First, it is necessary to return to the problem of suppressed inflation. Like at the end of the 1990s and early 2000s, this is the main problem, and long-term economic growth depends on resolving this. Mau warns, however, that there is a risk that inflation will receive strong political support since banks, overall trade, and inefficient enterprises are all interested in inflation. It is also important to avoid the trap of automatically indexing revenues, which could incite an inflationary spiral. Moreover, when oil prices are low, the chances of suppressing inflation are higher, as the country is ridding itself of the Dutch disease. By 2017-2018, Vladimir Mau believes Russia might see 4% inflation.

Second, Russia must determine its budgetary priorities. Investments in social and transport infrastructure are most effective since they are able to support long-term economic growth. At the same time, Mau notes, these investments should go towards infrastructure in particular, not simply towards raising wages in these industries.

Third, a sensible approach must be taken towards import substitution. Conditionally speaking, import substitution often results in replacing Norwegian fish with Belarusian or South African or replacing a foreign product with a Russian one that is more expensive but of a lower quality. Vladimir Mau believes that import substitution must develop through competition: if Russia gives out money for no particular reason, why should the Russian producer raise efficiency? Support must be given to the sectors that produce goods capable of competing on international market even, especially since ‘there is a macroeconomic background for this.’ The exchange rate supports the domestic producer better than the government, and it is for this reason that non-oil exports – grain, metals, and chemical products – must not be restricted because of thought-up concerns. Russia must take a more careful approach in restricting imports.

Finally, Russia ‘again faces the task of stimulating investments.’ If the country is going to develop KPI for governors, then an investment component should certainly be included, Professor Mau believes. Working on the investment climate is now more important than ever before. Overall, Russia’s main problems lie not in the economic sphere, but in government administration, the use of law, and creating a comfortable environment for people and business.

There will be modernization – but gradual

HSE Academic Supervisor Evgeny Yasin believes that the main task facing Russia today is modernization in order to raise productivity. This challenge is particularly pressing because the country is experiencing a demographic crisis: the workforce is falling and therefore unless productivity is raised, it will be impossible to achieve new economic growth.

After the economic transformation and market reforms of the 1990s and the return to growth and relatively high oil prices over the years 2000-2008, a new phase of economic development started, which could last much longer and be accompanied by a series of crises and challenges. 2014 was 'in some senses a critical year in the country's development,' says Yasin.  Events took place (war in Ukraine, falling oil prices, currency crisis – which was halted by the Central Bank), which will have consequences that are, currently difficult to fully understand. In this environment it is vital to be especially careful in identifying the correct solutions.

A new economic recovery will not be possible unless the investment crisis is overcome, but money will go where there are clear rules of the game and effective institutions. Free entrepreneurship, the supremacy of law, economic and political competition, and the business' community's trust in the government, the population's trust in both business and the state – are the fundamental issues of the day. Yasin calls for the 'gradual development on the basis of ongoing interaction between state and society'.

Responding to Professor Yasin's comments, HSE President Alexander Shokhin asked First Deputy Prime Minister Igor Shuvalov, who was attending the conference: Will the government follow this path of gradual modernization and liberalization? Shuvalov's answer was brief: 'It will.'

Sberbank President German Gref devoted his address not to the banking sector, but to issues of effective investment in human capital. It is human capital, Gref believes, which is 'virtually Russia's only competitive advantage against Europe.' In today's world, a country's competitiveness depends on the competitiveness of its population.

The Sberbank head gave examples from EU forecasts according to which, by 2025 the share of jobs taken by high-qualified staff will increase from 27% to 39%. The labor market is in for 'dramatic changes to the employment structure.' But are Russian educational institutions also ready for these changes? The answer is not comforting. Despite significant growth in spending on education (state spending over the period 2000-2013 grew 13-fold, and wages grew 11-fold), few teachers, students, or employers are satisfied with its quality.

The problems start in kindergarten, which Gref compared with a 'cloakroom where parents park their children while they're at work,' and continues right through the entire system. In fact, this education system from pre-school to re-training senior citizens (to enable them to stay in employment) and from the professional to the family – has not been completed in Russia.

University education in Russia, Gref believes, is cut off from the economy, universities do not train specialists in demand on the market, but universal specialists who can apply their knowledge to any sector. Higher education institutions find it easier that way, but it is deceptive. 'Incidentally, the 5-100 Project is important so we can identify all the problems that have built up in higher education,' German Gref said.

A modern university (a third generation university) combines teaching, research, and innovation application or practical functions. In other words, a university must prepare professionals, academics, and businesspeople, and thus play its part in building societal values.

Major corporations also create their own educational programmes, and it is impossible to picture the long-term development of business without this investment in corporate universities. Russian corporations, Gref says, are open to collaboration with state institutions of higher education, but he is not confident that those institutions are themselves open to change. The state therefore needs to shift its focus from monitoring the educative process to monitoring its results and linking the education system to the market. There are international examples of very successful state programmes in this area – chiefly in Singapore, where the entire education system was built from scratch, and in Finland, which underwent radical educational reforms in just 10 years.

Closing his speech, German Gref recalled the comments made by two world leaders, John Kennedy, who said that a nation's 'progress can be no swifter' than its progress in education, and Lee Kuan Yew, who predicted that the gap between countries would be formed around education.

In her report, Ana Revenga, Senior Director of the Poverty Global Practice at the World Bank Group, touched on the problems of Russian education. In particular, she noted that Russian students perform excellently on international tests at a younger age, but that older classes show significantly worse performance. This may serve as further evidence of the lack of quality of public services in Russia (in this case - school education).

Over the past 10-15 years, Russia has made great strides in terms of inclusive economic growth (increasing incomes of all segments of the population, reduction in poverty, and growth of the middle class). However, this growth has not led to substantial improvement in human capital. Moreover, significant regional disparities remain when it comes to economic development.

Separately, Ms. Revenga focused on problems of competition and entrepreneurship. Whereas in central and eastern Europe the main jobs are created by small firms (‘gazelles’ according to World Bank terminology), in Russia ‘old’, sometimes stagnant, companies that have different ways of retaining their market position still dominate.

Alexei Gordeyev, Governor of Voronezh Region, spoke to conference participants about how by changing the mechanisms of public administration even the most ‘depressed’ region can succeed. Over the past 5-6 years, the region has moved from the ‘tail’ to the top ten or twenty in different regional rankings that measure the level of income, share of people in poverty, the growth rate of gross regional product and other indicators.

According to Gordeyev, the secret lies in the ‘trust on the part of citizens and the business community’. In fact, this criterion has formed the basis for evaluating the performance by heads of district administrations. In the past five years, 70% of them have been replaced. In terms of social policy, the main criterion has been people’s satisfaction with the healthcare system, education and other public services.

Another picture concerns relations between the regions and the federal government; they are more like an administrative-command system, but one that is not regarded as such in reality. Gordeyev also complained about the poor quality of federal target programmes, most of which simply would not pass an expert review by professionals in their respective fields. ‘The poor quality of governance is not just a problem, but a real threat’ he warned.

Over the last year, total debt in the regions has increased by a factor of 1.7 to 2.3 trillion roubles, and the debt burden of the Russian Federation’s constituent entities has increased by 10.5 percentage points. 90% of funds are spent by regions on various social obligations; there are no budgets for development in the regions. ‘We have turned into giant cash registers for the Ministry of Finance to issue funds for social needs’, said Gordeyev.

Igor Shuvalov, First Deputy Prime Minister, agreed that the system of governance, including the relationship between the centre and the regions, is in need of improvement. ‘We have been working on it for the last several years’, he said.

Business leaders are also asking the state to reduce the regulatory and supervisory burden. ‘I have a lot of meetings with Russian exporters, such as those who produce shoes, clothing and food, and then successfully sell abroad,’ said Shuvalov. ‘And they ask us to stop interfering, saying that we don’t need as much regulation, that we don’t need to change laws so frequently, that we give them three to five years of quiet life’. 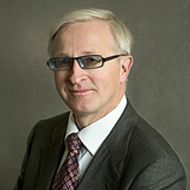 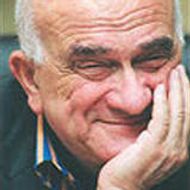