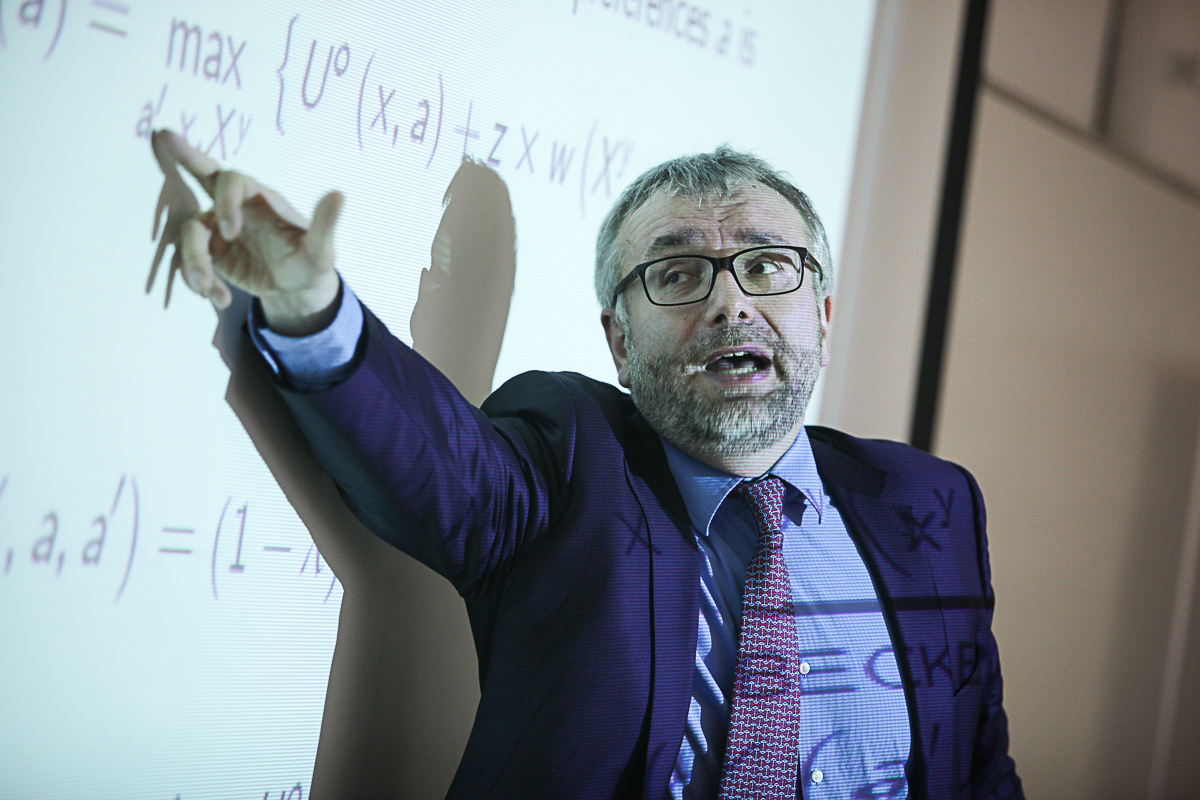 Does the economy influence the way people bring up their children? How can we determine and measure a child’s utility? How can parenting styles be categorized in an economic model? These are the questions that Professor Fabricio Zilibotti of the University of Zurich addressed in his honorary lecture ‘Parenting with Style’, which he delivered at the April International Academic Conference during the 5th LCSR international workshop ‘Social and Cultural Changes in Cross-National Perspective: Subjective Well-being, Trust, Social capital and Values’.  The session was moderated by Prof Konstantin Sonin.

The lecture was based on Professor Zilibotti’s joint paper with Matthias Doepke from Northwestern University.

In setting the context for his talk, Professor Zilibotti noted that it has long been established that culture affects economic development; however, less attention has been paid to how the economy affects the transmission of culture from generation to generation. It is important to note that cultural factors, be they individual or collective beliefs, are not hard-wired as genes. They change over time, albeit slowly.

Economists in the past have mostly stayed away from cultural issues, leaving them more to sociologists and political scientists. However, the explanatory power of economic theories without the introduction of cultural factors is very low, making it essential to examine the extent to which changing economic conditions affect culture.

Two approaches in economic theory concern how cultural factors can influence the economy. The first emphasizes acquired and transmitted beliefs. These relate to religion - how people transmit intensity of religious beliefs, how important religion is as a vehicle of literacy. Gender roles can also be considered, for instance, how working women were viewed at the beginning of the 20th century had an effect on labour supply and wages. It is also possible to look at individualism vs collectivism. Particularly important is the issue of trust and trustworthiness that is related to trade and ethnic conflict.

The second approach focuses on acquired preferences or tastes that change systematically over time and affect economic factors. For instance, discount factors reflect the perceived importance of the future and risk aversion hinges on how people deal with risk. These preferences form part of human capital and are thus of interest to economists. Recent research argues that human capital includes not only intelligence but also non-cognitive skills - how people relate to each other and how people think of themselves and the future. 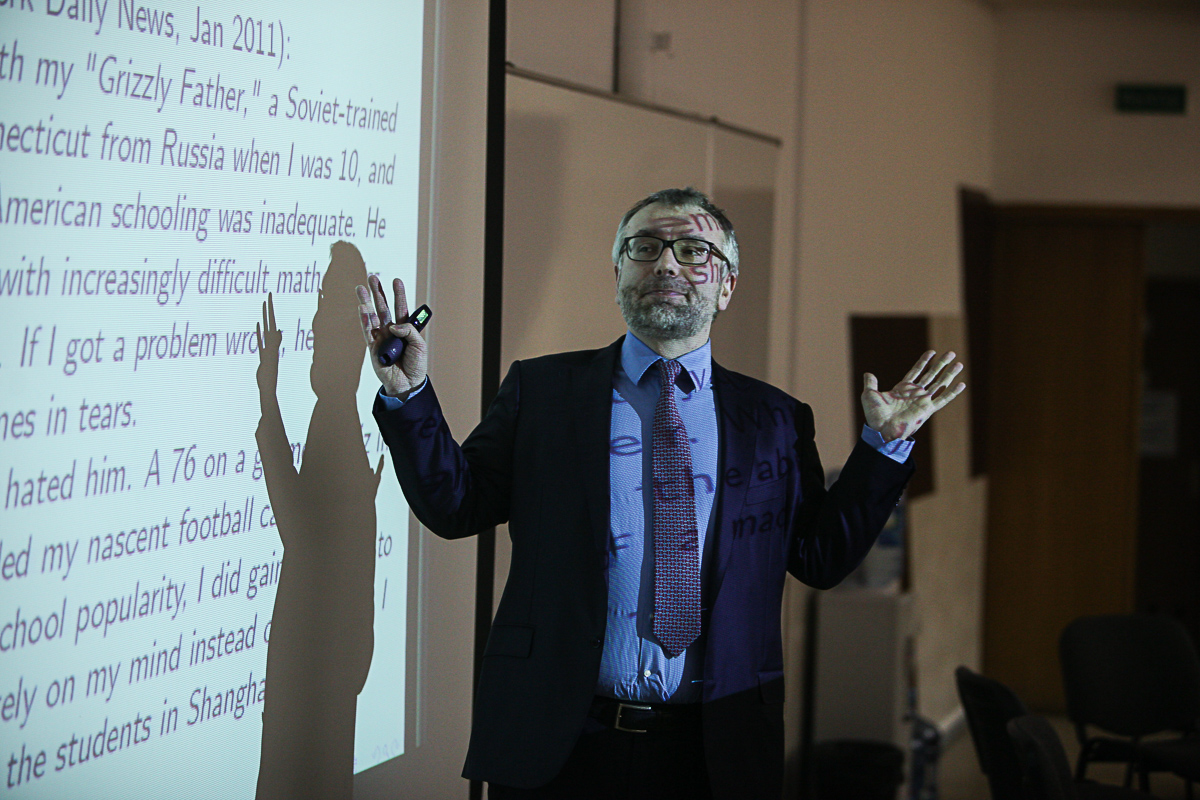 An interesting issue is the extent to which preferences are ingrained and the extent to which they can be changed by the environment. Research suggests that non-cognitive skills are more malleable than cognitive ones. Family environment and inputs are crucial for such skills. In other words, parenting style matters greatly. Empirical data from the US show that helping disadvantaged families results in minor cognitive gain but gives a large improvement in non-cognitive skills, such as self-discipline and thinking about consequences of actions.

Parents transmit certain preferences or beliefs for various reasons. First, there is the traditionalist society in which people have been made to believe at some point that something is right and they transmit it in a more or less mechanical way. The second type is based on ethical principles (categorical imperative) that each one has. We will not teach our children to beat children because we believe it is fundamentally wrong. The third is cynical altruism, which emphasizes the values and skills that lead to success. It is altruistic in the sense that we care for our children and want them to succeed, and it is cynical in that we can also teach opportunistic behaviour because that would lead to success.

Societies can be distinguished by the return to human capital investment and by the comparative advantage of parents in transmitting skills to their children (or its opposite, the economic return to independence)

Two patterns are distinguished in the economic literature. There is a paternalistic view when parents transmit values that they regard as intrinsically good. There is an element of preservation in the family with children growing up thinking in a certain way. One implication of this theory is that when a culture is under attack, parents tend to become more belligerent. This explains why minority cultures survive – when the majority of population transmits certain values, the parents go against the stream and become more active.

Another view is close to Beckerian altruism when parents transmit the values that can help their children become happy or successful because parents love children and want them to be happy and these values will not necessarily be the best or right values in parents’ opinion.

In talking about parenting styles and how they are affected by the economic situation, he first outlined the changes in styles over history and then suggested an economic model to explain parenting style choice.

Historically, the first style was the firm-hand secular tradition positing that children were essentially confused and did not understand many things. The only way to educate them was by means of physical punishment. Children had to be corrected and disciplined and fathers were recommended to beat their children. With the Enlightenment came the first change in approach to child rearing. Rousseau put forward the view that ‘children should never receive punishment merely as such; it should always come as the natural consequence of their fault.’ He took a very strong stand against physical punishment and favoured a permissive approach. The idea was that educators should not interfere with children’s freedom and happiness. Children must learn from experience at the speed and in the form that fits them.

Parenting style matters greatly. Empirical data from the US show that helping disadvantaged families results in minor cognitive gain but gives a large improvement in non-cognitive skills, such as self-discipline and thinking about consequences of actions

During the 19th century a generation of educational reformers, including Pestalozzi, Froebel, Montessori, Dewey, were inspired by this line of thought. They all professed a departure from the authoritarian principle in education, and instead advocated capitalizing on children’s natural instinct to learn. In particular, Montessori methods of education emphasize the development of a child’s own initiative and natural abilities. These are ideas are widely used in many kindergartens today.

The radical change in educational principles came in the 1960s and 1970s. After World War II, strong anti-authoritarian ideas gained momentum – a trend that was exemplified by Pink Floyd’s ‘we don’t need no education, we don’t need no thought control (no brainwashing from the adults)’. The main goal of education now was for children to be happy, cheerful and well balanced, and encouraged to develop in their own ways. In many countries, corporal punishment was outlawed at that time.

However, the tide has recently changed again. The educational system has come under a lot of criticism, as children were said to be underachieving and not learning enough. A new approach has therefore emerged called ‘the tiger mother’ (after the popular book by Amy Chua, ‘The Battle Hymn of the Tiger Mother’).  In this new philosophy, children have to be pushed very hard towards achievement and parents should be more engaged in their children’s education. This approach is particularly popular in Chinese families and has recently spread among the upper middle class in the US.

At present there are essentially three basic parenting styles. First, there is the authoritarian style where parents restrict children’s choices. Then there ispermissive or liberal style (not to be confused with neglecting). Finally, there is authoritative parenting that aims to convince children that something is important, spending a lot of time shaping children’s mind. The assumption is that parents know about the pros and cons of different parenting strategies, their own choice of parenting style is driven by incentive that can be defined in economic terms. 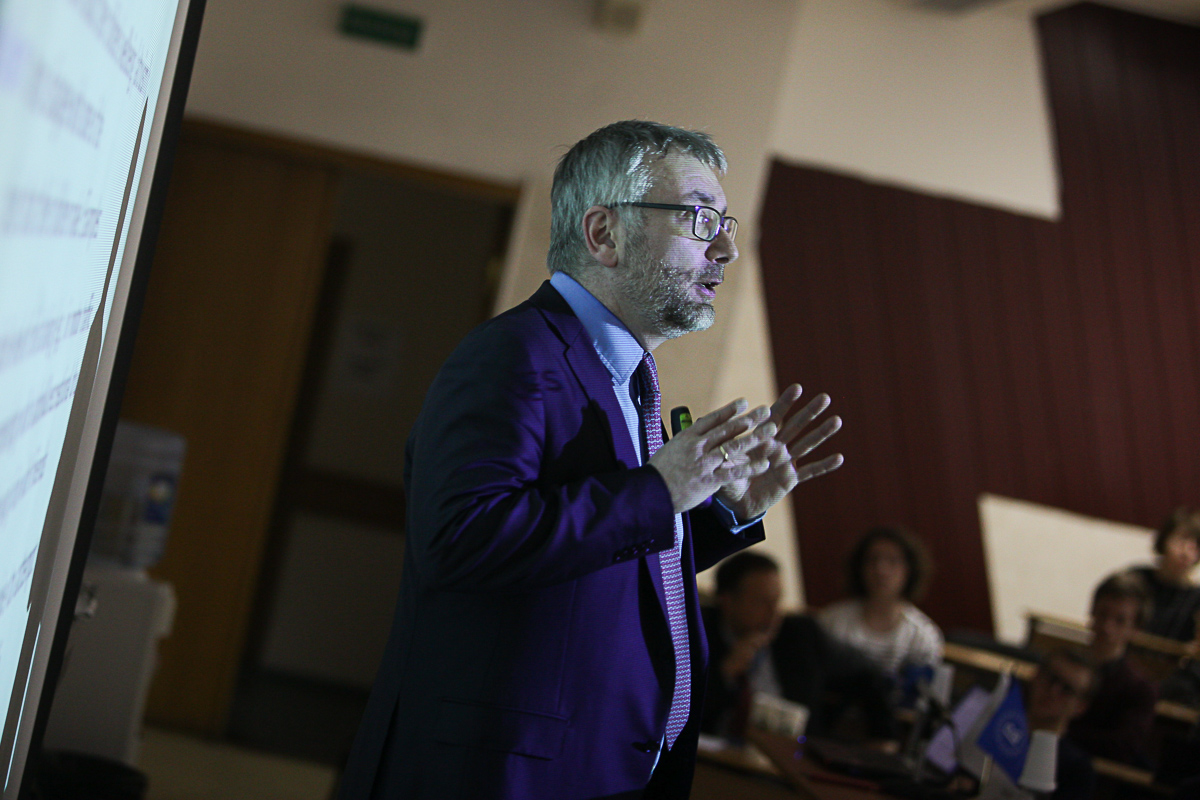 The model suggested by Professor Zilibotti and Matthias Doepke presumes that parents have both altruistic and paternalistic selves. Parents care about their children’s wellbeing but at the same time, they disagree with some of the choices that the children make (if left alone). The choices might be related to the level of risk taking (experimenting with recreational drugs) or amount of school effort.

Professor Zilibotti posits that the choice of parenting style depends on the combination of parental preferences and the characteristics of the socioeconomic environment, in particularthe value of incumbency (extent of occupational mobility in the country, degree of children’s independence) and income inequality (size of state). According to Zilibotti, ‘societies can bedistinguished by the return to human capital investment and by the comparative advantage of parents in transmitting skills to their children (or its opposite, the economic return to independence)’. In traditional societies, children can take advantage of the skills their parents have and be more successful but not use their potential talent. There authoritarian style of parenting is more likely. Other types of societies might favour independent decision-making, which would lead to prevalence of authoritative parenting. Permissive parenting is attractive if the return to human capital investment is low.

As is shown by a recent OECD world value survey on which qualities should children be encouraged to learn at home, in countries with higher levels of income inequality greater emphasis is placed on hard work (Turkey or US). Similar results are observed in China and Russia. Independence and imagination are more favored in countries with low income inequality (Sweden or Norway, for instance).

The model aims to quantify the utility of a child’s felicity and the utility parents derive from their children’s experience. It should be noted that adults’ felicity differs from children’s felicity because of carpe diem bias. Children are intrinsically more present-oriented while parents have a longer perspective that makes them more inclined to think about the future of their children. For parents there is a trade-off between the guilt suffered by the child and the benefit gained from pushing the children to make the right choice.

What is the relationship between parenting styles and economy?

In concluding his talk, Professor Zilibotti focused the audience’s attention on another interesting phenomenon related to the connection between parenting style and social status of a family. An authoritarian (intensive) parenting style is much more prevalent in middle-class families who have the necessary financial and non-financial resources (time, knowledge and personal experience) to be actively engaged with their children. More inequality pushes parents (especially who can afford it and have the intellectual ability) into stronger support for their children, which leads to even more inequality. Whether there is an escape from this vicious circle remains to be seen.