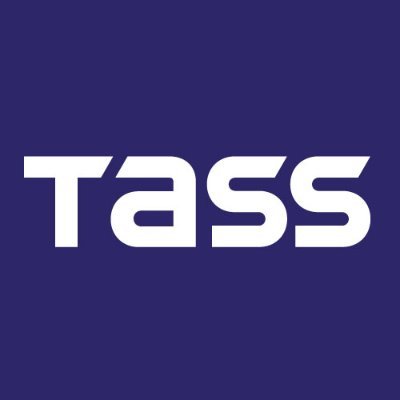 TASS subscribers, including Russian and foreign media, federal and regional government bodies, have access to a wide range of 60 news feeds and topic-oriented services both in Russian and English.

TASS publishes about 1,500 news items and more than 500 photographs and videos from correspondents in Russia and across the world daily, forming a complete and objective picture of events. Sixty-three offices in 60 countries, regional centers and correspondent offices in Russia ensure the agency's operation, enabling TASS to quickly receive information from any corner of the globe.

TASS Photo Bank has the largest collection of news snapshots among CIS news services, containing more than 28 million images, works by TASS correspondents, partners and the agency’s archive materials since the beginning of the 20th century.

The agency has press centers in Moscow, St. Petersburg, Yekaterinburg and Novosibirsk. TASS annually organizes more than a thousand press conferences, and educational and business events both in Russia and abroad in various formats. TASS maintains partnerships with more than 60 news agencies around the world. The news service is a member of global and regional media organizations.

Russian information channel “Russia 24” is the undisputed leader of fieldwork with the most important events – maximum live broadcasts, crews in the very action, access to true-to-fact information.

Three quarters of Russians note that “Russia 24” is the main source of information for them and more than half of the respondents states that they watch the TV channel regularly.

TV channel “Russia 24” has created a single information space in the country, providing one-time access to the news to everyone from Kamchatka to Kaliningrad.

RIA Novosti is the flagship website of the Rossiya Segodnya media group. The agency is the most quoted Russian media outlet, including on social media.

Ria.ru gets around 6 million readers daily, which makes it the leading website among all news portals in the Runet. The agency’s correspondent network covers over 100 cities in the world. 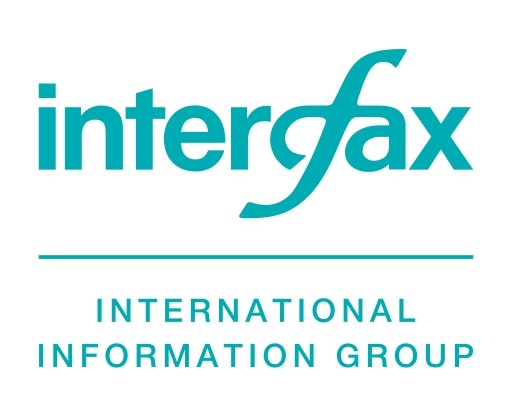 Interfax is an international information group, the recognized leader in the B2B Russian information market, and one of the most frequently cited source in global media.

Interfax's business is focused on the provision of high-quality, up-to-date information and professional IT solutions to assist with risk assessment, due diligence and KYC procedures, market analysis and business development.

Our reputation as a credible source of information has allowed us to enter into joint ventures with major international companies such as Experian and Dun & Bradstreet. Having partnership with Sberbank of Russia and Experian, Interfax created the United Credit Bureau – the recognised leader in the Russian credit bureau market. Interfax's joint venture with the global leader in information services Dun & Bradstreet provides comprehensive information about foreign business.

Anews.com is the most cited website on social media (Jan 2019, Medialogy).

Anews.com has the largest Russian Page on Facebook among the News media (2.2m subscribers).

The Anews mobile app is one of the most popular news apps in Russia.

Anews is the organizer of the awards "People's Brand / Brand No. 1 in Russia", "Best in Russia / Best.ru" and "Financial Olympus".

Broadcasting in Moscow at the frequency 87.5 FM,

Business FM provides an exclusive product for a small segment of the general public but the most active and influential one, which in minutes must have the full spectrum of information about money. Business FM is a member company of the RUMEDIA group of companies.

"Rossiyskaya Gazeta" is a socio-political edition of the new-aged Russia, published since 1990, with a daily circulation of about 120 thousand copies, and a weekly issue of “RG-Week” - of more than three million.

The audience of the site RG.RU counts two million visitors per day: its readers receive reliable information about events of federal and international scale in a non-stop mode. 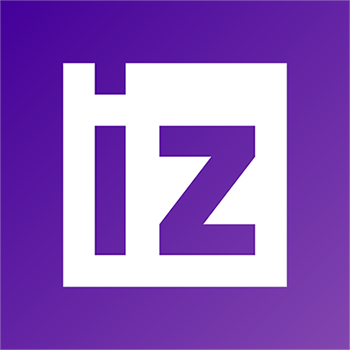 VTimes is an independent online-media about people, business and society.

Main topics are business, finance, society, economics, ecology and sustainability, education and health;  The most reputable experts on political and social issues write for VTimes. VTimes has rights to publish materials from the Financial Times in Russian. Since February 2021, VTimes is an associate member of the organization of the European Business Press, which unites the leading business publications of the continent.

The federal news portal NEWS.ru is a dynamically developing multimedia web site. It was established in November, 2017.

NEWS.ru covers events in Russia and abroad 24/7. The main areas are internal and external policy, economy and finance, society, culture, sport, technology and show business. NEWS.ru is in the top 30 most readable Russian media and in the top 10 most quoted online resources.

The Snob is a media project including of website snob.ru, the snob membership club with exclusive blog platform and extensive Event schedule, annual «Made in Russia awards» and Content bureau.

Snob.ru is the space to discuss for analytics of the main events in science, culture, politics and business. This is important and tried news, interviews, expert blogs, reports, opinions and reviews.

Content bureau Snob – creative in-house agency, which make not only interesting and important special projects, devise and bring to life a new formats for edition, but makes it for partners and advertisers.

Indicator.Ru is a web portal and a media that publishes news about the recent scientific achievements in Russia and the world.

The "Russian Scientists Discoveries" section provides a comprehensive choice of materials on Russian researchers' studies. "Discussion Club" — opinion pieces, columns, and interviews about the organization of science in Russia. "What do they treat us with" section gives a scientific analysis of the evidence base for the most popular medications.

Weekly magazine "Profile" is a market leader of Russian print business media. It covers most of economic, political and financial events in the country.

The main focus of the editorial board is deep and qualified analytics which is so lacking nowadays when speed is often preferred to quality. The magazine audience counts 150 thousand people per week and this number is fast-growing. Along with the print version there are some digital platforms under major development: website profile.ru, mobile application, social media communities.

"Parlamentskaya gazeta" is the official weekly edition of the Federal Assembly of the Russian Federation. Published since 1997.

The founders of the newspaper - the State Duma and the Federation Council. The publication is the official publisher of Federal laws, regulations, acts and other documents of the Federal Assembly. "Parlamentskaya gazeta" has press points and representations in ten regions.

The website of the "Parlamentskaya gazeta" PNP.RU is operational news and reliable information about the laws adopted in the country and the activities of deputies and senators. 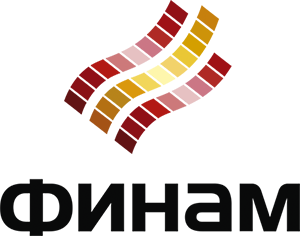 Finam is a leading Russian investment and financial group. Founded in 1994, the group currently provides services in more than 40 countries worldwide. Its regional network in Russia numbers more than 90 offices.

The Finam group of companies includes a brokerage company of the same name, an investment bank that renders a wide spectrum of investment banking services, a management company that provides trust capital management services, the Finam.ru information analysis agency with a focus on financial and economic topics, a licensed forex dealer and Russia’s largest training center for stock market education.

We write about promising investment patterns, forward-thinking startups, fintech sector and the latest financial market trends. In addition to the site in Russian, there is an English version.

Econs.online is a website dedicated to economic and financial research. It is managed by the staff of the Bank of Russia.

Economic research forms the basis for the policy of any central bank, and, in turn, the results of this policy and their impact on the economy become the subject of economic research. The Bank of Russia actively interacts with experts and scientific organizations and develops its own research competence.

The goal of Econs.online is to provide more information about the research results on topics that relate directly to the central banks’ mandates or are taken into account during the decision-making process. By using plain language to describe relatively difficult things, Econs.online would like to close the gap between academic science and a broader audience, and to contribute to the raising of the level of public discussions on financial and economic issues. That is what the name of the site means: Economic Conversations or, shortly, Econs.

Some of Econs.online publications are translated into English. To the English-speaking audience, Econs.online hopes to be useful by providing information related to the Russian economy and Russian experts’ views on the common global agenda. 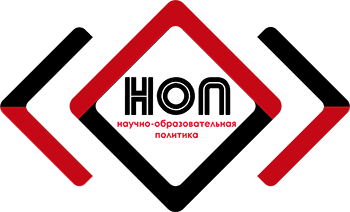 Telegram-channel ''Science and Education Policy'' is one of the key sources for analytics and expertise in R&D and higher education.

Posts point not only policy, but also the politics of the scientific and educational processes, along with Russian inner politics, social and cultural development.

More than 500 high-ranking experts form the network of “Science and Education Policy” – rectors and directors of scientific institutes, governоrs, members of the Parliament, President Administration, State Duma and Federation Council.

Polit.ru is an informational and analytical portal about the socio-political life of Russia and the world.

We talk about the canvas of political events as a part of living history and culture.

Agency for Social Information (ASI) is a non-profit organization and an independent agency promoting civic initiatives and providing information support to Russian NGOs.

he Agency, established in 1994, is one of the leading expert organizations in the area of civic initiatives, NGO development, corporate responsibility promotion, and stakeholder engagement. The main activity of the Agency is newswire. The news is featuring the work of non-governmental organizations, grassroots initiatives, social entrepreneurs as well as social events and that have an impact on civil society. ASI also initiates and manages its own social projects, holds public events, publishes books, manuals, policy papers related to specific issues of civil society in Russian.

Strategy Journal ('Strategiya') is a periodical business journal covering issues and trends in the state, business and society developement.

'Industry of Eurasia' is a full-colour magazine for managers and specialists of enterprises wishing to develop their business in EAEU markets.