The Conference features a diverse agenda concerning social and economic development in Russia.

The Conference will bring together senior Russian government officials, including representatives of the Presidential Executive Office, the Ministry of Economic Development of the Russian Federation, high-level experts of the World Bank, the OECD, large national and global companies, and leading academics.

The Conference’s working languages are Russian and English.

Information about previous conferences can be viewed here https://conf.hse.ru/en/2018/. 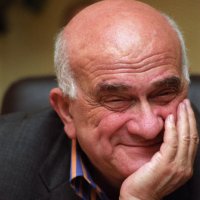 "In April, the Higher School of Economics will host its Annual International Conference—now a longstanding tradition already in its twentieth year—where issues related to economic and social development will be discussed.
This conference, I like to think, has and will continue to have a positive impact on the development of scientific and cultural life in Russia as we continue our transformation into a democratic country with a robust market economy.
First and foremost, this is an academic conference where we discuss important issues our country faces in the language of science and academic research. This means that this is a not a platform for extremes; rather, it is a place for ideas based on scientific methods, including statistical studies of prevailing opinions and behaviors in Russia.
My understanding is that, no matter how things develop in the next 2-3 years, Russia must still undertake serious institutional and structural changes in order to achieve the aims of the market reforms of the nineties and to ensure the development of a modern innovative economy with growth rates that are twice that of developed countries. This is the only way that we can enter the ranks of the world’s developed countries. The alternative paths in our current circumstances lead but to one end: we lag behind.
These are difficult changes, especially given the importance of traditionalism in our nation as well as among the ruling elites. The new wave of reforms will have to overcome resistance and complacency, both of which are prevalent in society.
Let's see what they say at the April Conference.
See you soon".